Cuba and its street vendors

In December I was fortunate enough to go to Cuba, albeit on a family holiday so I could not travel how I would have liked to but nevertheless got to see a decent amount of the country, its wonderful people and culture. One thing I love to explore when I travel is the food outlets of that country, be they markets, supermarkets or street vendors. In Cuba, the majority is sold through the latter.

I have to admit I was not overwhelmed by the food in Cuba, but then I don’t think one is meant to be. The poverty is reflected in the diet and dishes served outside the comfort of the hotels. Rice and beans served in their many forms (moros y crisitanos being the most popular) are found everywhere and basic stews and cooked down hard vegetables form the main meals of a fairly unproductive country.

Yet, never have I enjoyed a plate of frijoles so much, plantain there is a joy to eat whilst roots such as yuca let to cook all day have a wonderful consistency. In the hotels and fancy restaurants there are more fancy options available at a huge expense and often only to disappoint. Lobster seemed to be available everywhere despite the off-season and at a fairly cheap price, meanwhile Paladares such as ‘La Guarida’ have been leading the way in innovative cooking for some years. My qualm with these ‘high-end’ Paladares was a lack of authenticity in the food and drink, silly prices for average imported wine when Cuba itself has a burgeoning wine industry, and hidden charges for bread and service. Still, I wish I had seen this and this  article from the Guardian before going.

But back to the street vendors, for it really is the people who make Cuba, everything said about their hospitality is true and although I did feel I was seen as a dollar sign in some eyes it was a pleasure to get to know some locals and have a small insight into their amazing lives. Perhaps the offerings of these humble street stalls do reflect Cuban cuisine’s shortfalls, yet there is such vivid colour and simplicity to them I feel it reflects the attitude of a lot of Cubans – make the most of what you have. 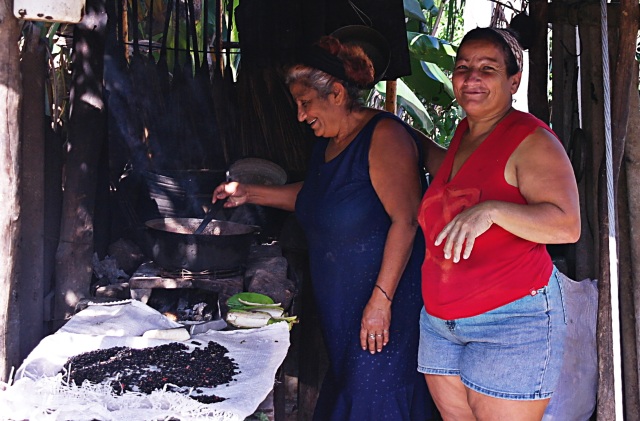