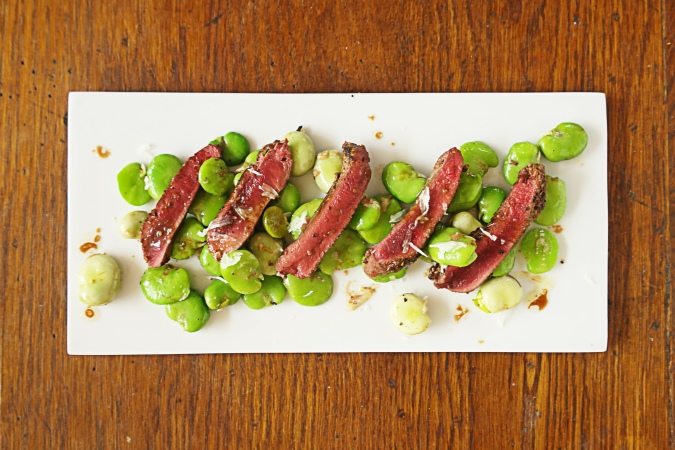 At midnight last Saturday I stood with ten pigeons spilling out of a bin liner onto the kitchen counter, needing to be tended to before any flies could do their damage. Somewhat to my relief, my girlfriend’s father who had shot them all said there was no point in plucking the whole bird as they weren’t that big and so it was just a matter of cutting the breast out. This was relatively simple and caused far less mess than when I had attempted to pluck a couple at home the year before. Although it did seem like an awful waste to just cut out these tiny breast and discard the rest of the bird, at that time of night I wasn’t complaining.

I’ve always thought of pigeon as a particularly British game bird but it is put to use worldwide in all manner of preparations. In London I’ve always considered it as quite a delicacy, but this status also extends to Egypt and the Middle East where birds are stuffed and cooked whole; something I would definitely like to try. I had always associated a slow braise in red wine with the bird, but as I just had the breast I decided I would also go for a lighter, more ‘summery’ preparation and just sear the breast meat. 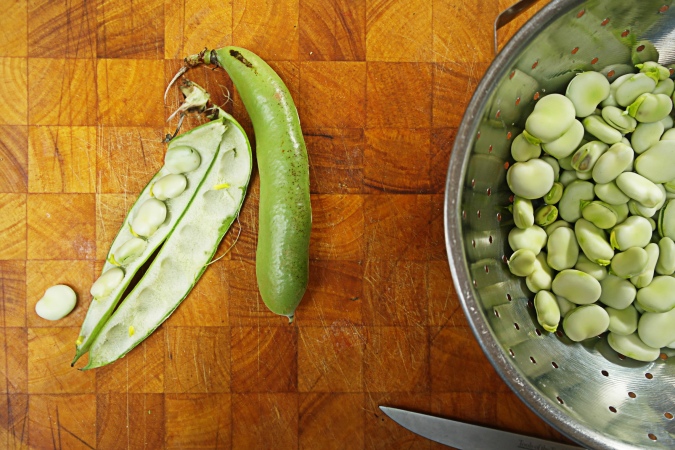 In Spain, the broad bean season is at the beginning of the year and each stall had machines through which the pods were fed, separating the beans to be sold and the skins to be put back to other uses. The fresh beans were then quickly bagged and sold that day. Although ‘de-podding’ broad beans isn’t such a difficult task, I quickly understood why they had these machines as after getting through a kilo I was surprised at how few I actually had to work with at the end; 250g would be my estimate, so enough for a small serving between 4 people. The beans have a wonderful sweet freshness, and my favourite preparation is one an Italian friend showed me, serving them raw or quickly blanched and tossed with balsamic, parmesan or aged pecorino. The freshness of this salad and subtle saltiness in the cheese paired excellently with the earthey and gamey flavours of the pigeon which had been marinated with juniper berries and coriander seeds.

I am off to Cesena, Italy to stay with the friend I mentioned above next week and so hope to return with a bounty of products and having learnt a whole set of new recipes. I am extremely excited, especially at the prospect of staying in a house with a wood-burning oven, a family with a passion for good food and of course, returning to a climate with some consistent warmth. I imagine I won’t get any more food posts in between now and my return, when of course I shall have a lot of photos and food to share. 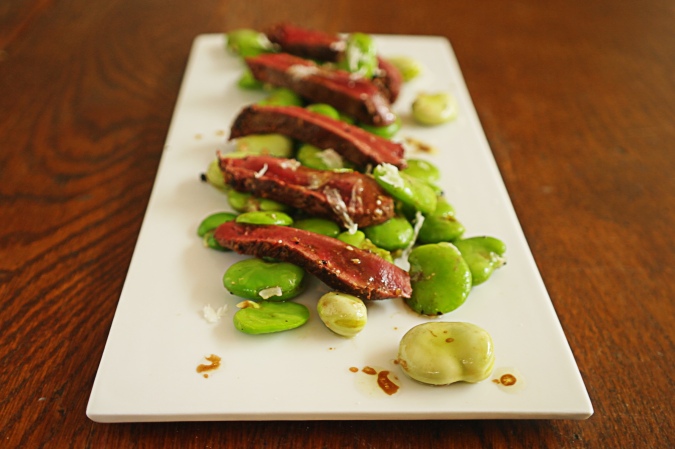 In a pestle and mortar crush the berries, coriander seeds and peppercorns until fine, stir with the olive oil and then pour into a ziplock bag. Place the breasts in the bag, seal and shake well ensuring they are well covered with the marinade. Leave in the fridge for a minimum of 8 hours.

When ready to cook, heat a frying pan or skillet with your preferred oil until the oil is smoking. Lay the breasts in the pan, being careful not to overcrowd the pan and flip every 15 seconds. A thin breast will take around 90 seconds, but obviously as size and heat varies, do one as a tester and apply this time to the rest. Allow to rest on a rack for a further 90 seconds or so before cutting.

For the broad bean and pecorino:

Shell the broad beans, then separate them into large and small beans. Place the larger ones in boiling, salted water and blanch for 2 minutes. Drain and run under cold water to cool.

Remove the pale green casing which should have split whilst blanching and place the bright green bean with the smaller raw beans.

Mix the beans with the oil, balsamic and salt adding half the pecorino.

To serve, plate the broad beans and lay the warm sliced breast on top, sprinkle over the remaining pecorino shavings either on indivifual plates or a platter.

And for good measure here is a photo of the red wine braise I did the remaining breasts in; definitely more of a winter dish, but this is a British summer.