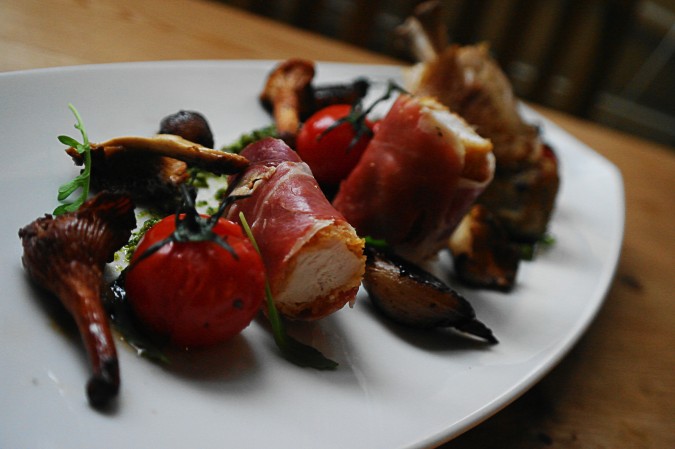 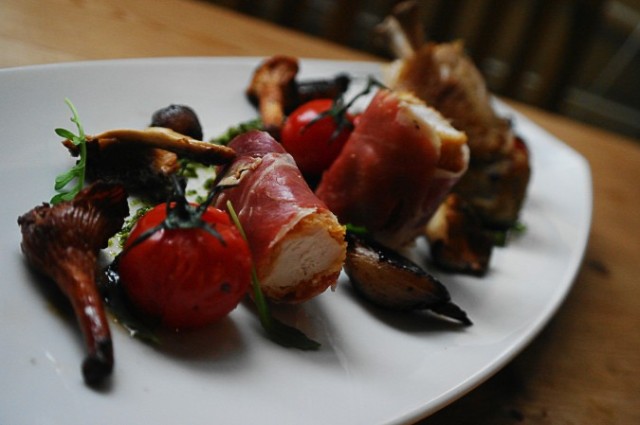 It has been a while since my last post due to a constant stream of university work and ever shorter days, so I finally managed to put a dish together over the holidays and get some photos just before the light went. This will be the third post out of the last four which uses rabbit as a principal ingredient, reflecting my love for its tasty and versatile meat. 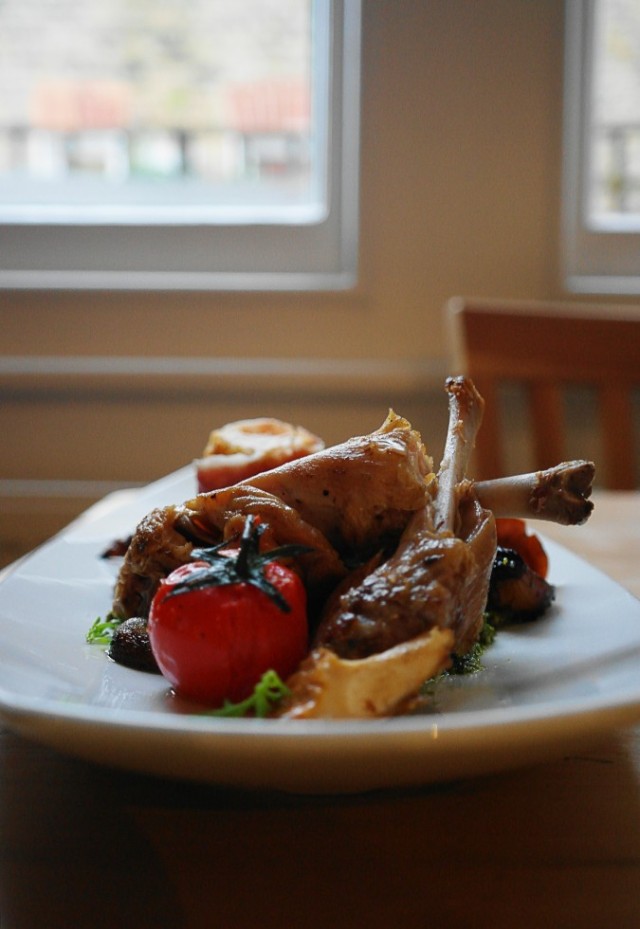 Instead of roasting or braising the saddle, I recalled a dish I had made with an Italian friend whilst living in Spain. Coniglio Fritto sounds a lot better than fried rabbit, but essentially that is all it is. The meat doesn’t dry out as so often can happen with roasting farmed rabbit and retains a wonderful texture enveloped in a crisp exterior. But laying down a couple of fried fillets didn’t really fit in with the rest of the dish so I wrapped them in Serrano which added a salty element to work with the sweet onions and tomatoes.

The Pesto adds an underlying nuttiness and earthiness to the dish, along with the girolles, which again made for some great flavour pairings. I made the pesto following the fantastic recipe for traditional pesto on Tales of Ambrosia, adjusting the quantities only slightly so it was less liquid. 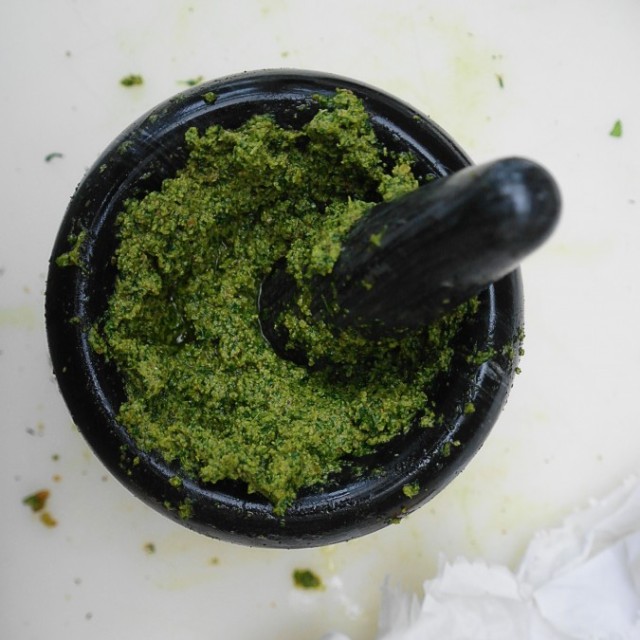 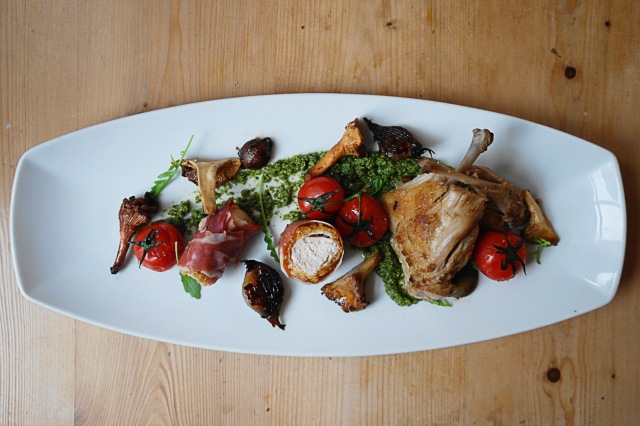 If anyone takes just one thing from this dish it should be trying rabbit cooked this way, eaten with some aioli or some pesto, I defy anybody to not be going back for more.

Roll the saddles in the flour, followed by the egg and finally the breadcrumbs. When fully coated, carefully place in the hot oil and cook turning when the underside has browned. After around 4-5 minutes, or when golden brown all over, remove and leave to rest on paper towel.

front and hind legs from 1 rabbit

The night before, season the legs with salt and pepper and leave covered in the fridge. The next day, rinse off the seasoning and pat dry. Place in an ovenproof pan and cover with your choice of fat. Bring to a simmer for 15 minutes on the hob before covering with foil and cooking in the oven for 4 hours.

See recipe here, changing pine nuts for lightly toasted walnuts. (I made a larger batch to keep some in the fridge for another time)

Heat the butter in a frying pan and when hot, sautee the mushrooms for a couple of minutes until slightly browned. Remove from the heat until ready to serve.

cherry tomatoes on the vine

In a small roasting tray, move drizzle with some quality oil and season well. Roast for 15 minutes or until skins are starting to split.

10 baby onions  such as cipollini, peeled

In a bowl season the peeled onions and stir with a couple of tablespoons of oil. Meanwhile heat a heavy-based saute pan or skillet on \ medium-high heat, and add a tablespoon more of oil to this. Add the onions and brown for 5 minutes.

Reduce the heat to low, add the vinegar and stock, then cover. After 20 minutes, uncover, increase heat to high and add the butter, shaking pan and glazing she onions for 2 minutes.

Spread a tablespoon of the pesto onto the plate. Wrap the fried saddles in Serrano ham, cut off the ends and plate.

Heat some oil until smoking in a frying pan and quickly but carefully brown both sides of the confited legs. Split the hind legs if large, before plating.

Arrange the vegetables and serve.